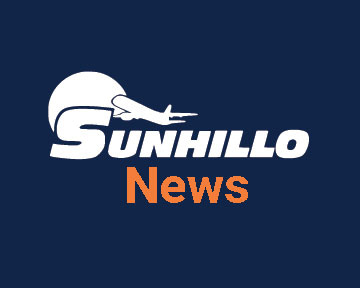 Unmanned Aircraft Systems (UAS) can be valuable tools in emergency response. They accelerate response and increase the safety of first responders and people in distress. With regulatory approval for routine BVLOS UAS operations in the National Airspace System (NAS) emerging as a near-term priority, the use of UAS in real world disaster response has become a real prospect. For this exercise American Aerospace’s long endurance AiRanger UAS was flown, and a chase plane was utilized as a visual observer.  The aircraft was flown throughout Cape May county with its mission to inspect the coastline, roadways, and bridges coming into Cape May. Having first-hand knowledge of area’s affected by a natural disaster can assist first responders by providing information like debris blocking roadways or bridges, flooded regions, survivors in distress and more potential life saving information. With this knowledge first responders can better prepare how to reach people safely and will inevitably save lives.

Sunhillo’s primary role in the operation was to provide situational awareness of manned and unmanned aircraft to the simulated NJ ROIC, EOC, and flight operations team.   Sunhillo Surveillance, UAS and ADS-B equipment were located at the Woodbine airport and at the simulated ROIC and EOC which were represented at the NARTP facility.

Located onsite at the Woodbine airport, Sunhillo set up our Margate II ADS-B receiver and antenna which was hoisted up above the UAS Mobile Operations Center (MOC). The ADS-B receiver was able to view ADS-B equipped aircraft out past Philadelphia and all the way down below Washington D.C. Utilizing Sunhillo’s Surveillance Monitoring System (SMS) display, the ADS-B provide a clear picture of local aircraft for situational awareness to the ROIC and the UAS flight ops team.  Sunhillo’s SMS fed the display located onsite at Woodbine and simultaneously to the NARTP for display at the simulated ROIC.

Sunhillo’s UAS-Connector (UAS-C) was a key component to the exercise providing tracking of the unmanned aircraft performing the surveillance of the Cape May area.  The UAS-C is connected directly to the UAS Ground Control Station (GCS) and utilizes the C2 link which is translated by the UAS-C to track the aircraft without ADS-B or Radar.  The UAS-C can then feed the SMS Display which can display the unmanned aircraft alongside the manned aircraft giving everyone a ubiquitous situational awareness picture.   The attendees to the event at the ROIC where able to see the UAS as well as the chase plane and other manned aircraft.  This provides increased safety and situational awareness of local aircraft.

We use cookies on our website to give you the most relevant experience by remembering your preferences and repeat visits. By clicking “Accept”, you consent to the use of ALL the cookies.
Do not sell my personal information.Reject All
Cookie SettingsAccept
Manage consent

This website uses cookies to improve your experience while you navigate through the website. Out of these, the cookies that are categorized as necessary are stored on your browser as they are essential for the working of basic functionalities of the website. We also use third-party cookies that help us analyze and understand how you use this website. These cookies will be stored in your browser only with your consent. You also have the option to opt-out of these cookies. But opting out of some of these cookies may affect your browsing experience.
Necessary Always Enabled
Necessary cookies are absolutely essential for the website to function properly. These cookies ensure basic functionalities and security features of the website, anonymously.
Functional
Functional cookies help to perform certain functionalities like sharing the content of the website on social media platforms, collect feedbacks, and other third-party features.
Performance
Performance cookies are used to understand and analyze the key performance indexes of the website which helps in delivering a better user experience for the visitors.
Analytics
Analytical cookies are used to understand how visitors interact with the website. These cookies help provide information on metrics the number of visitors, bounce rate, traffic source, etc.
Advertisement
Advertisement cookies are used to provide visitors with relevant ads and marketing campaigns. These cookies track visitors across websites and collect information to provide customized ads.
Others
Other uncategorized cookies are those that are being analyzed and have not been classified into a category as yet.
SAVE & ACCEPT
Scroll to Top